We (thankfully) live in a day and age where mental health problems are shedding their taboo reputation.

However, as true as that may be, we also live in a day and age where these mental health issues are on the rise, with people turning to medication (which studies show can actually worsen their problems) or other efforts to help them deal with disorders like depression, anxiety, ADHD and more. What can be done?

Anyone that has owned a dog, or even just smiled at one prancing across the street, knows how therapeutic they can be; a non-literal analgesic. They might not be surprised, then, to find out…

New studies show that
if you suffer from
dogs can help!

While it’s true that problems like depression can largely be a chemical problem, often rooted in a dopamine imbalance (Swerdlow and Koob, 2010), we have come to understand that you don’t need to fight fire with fire and chemicals with chemicals.

That’s why we decided to collect, analyse and dissect a large amount of research on animals and their effect on our mental health. In doing so, we found that man’s best friend also makes a pretty great psychiatrist, too. Below you can find the product of our deep research, which we condensed and broke into different categories with thorough linking to studies that support our claims. Depression is often measured using a system called the Hamilton Depression Rating Scale, which is held by clinicians and consists of a 17-item test on a 52 score scale. As covered by the National Institute of Mental Health here, depression has a myriad of symptoms. These can take the Hamilton score from 0 (no symptoms of depression, no effects) to 52 (several symptoms of depression, a debilitating level of effects), ranging from:

What better to battle worthlessness than a sense of responsibility? Owning a dog can provide someone with that legitimate sense of purpose, similar to that of a mother or father after the birth of a child (Campbell-Jackson et al, 2014). This is an excellent way to tackle the feeling of worthlessness that can often accompany depression, as seeing a dog grow physically and mentally due to your care can be an incredibly humbling experience which people can derive great pride from.

In line with this, a recent study (Blazek et al, 2015) shows that a lack of purpose is actually a major factor in depression and suicide, and as Paul Dolan details in his book Happiness By Design (2014), we as humans need purpose to feel validated and fulfilled.

Dogs are also one of the most active pets commonly owned, and in most cases all dogs require outdoor exercise to stay healthy and in shape. When one has the hooks of depression in them, building up the energy to go outside can be nigh-on impossible; the siren call of the bed or couch can often be too much to bear.

Owning a dog, then, is one of the most surefire ways to get someone walking around and out of the house. Aside from these mental benefits, the physical benefits of exercise are also incredibly beneficial to improving someones mental well-being (Panedo and Dahn, 2005).

Blood pressure has long been known to affect our moods, with readings as high as 140/90 mm Hg frequently linked to headaches and stress, which can snowball into strokes and heart attacks when untreated (Nordqvist, 2017). A study titled Cardiovascular Effects of Human-Pet Dog Interaction (Vormbrook and Grossberg, 1988) found that blood pressure would noticeably drop in humans when interacting with a dog, also citing that “touch appeared to be a major component of the pet effect”. Before we talk about the positive impact that dogs can have on people with this and similar disorders, it is best to establish what it actually is.

ADHD (attention deficit hyperactivity disorder) is the most commonly diagnosed and studied mental disorder in adults and children (NHS), with numbers of sufferers in the millions as shown in the graph below.

The symptoms of the disorder, which itself is very similar to ADD (attention deficit disorder, a more relaxed version of ADHD), include the following:

Related conditions in sufferers also include depression, bipolar disorder, sleep difficulties, anxiety, OCD (obsessive compulsive disorder), epilepsy, autism, dyslexia, Tourette’s syndrome and more. While you might relate to some of the above disorders, it doesn’t mean you necessarily have ADHD. Sabrina Schuck, assistant professor at University of California, Irvine, put it best when she said the following: 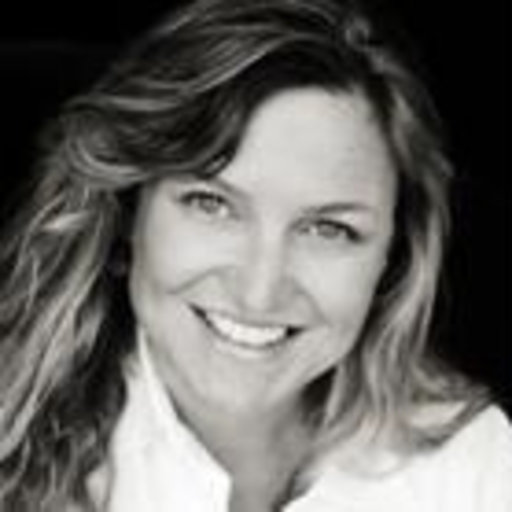 “In my opinion, we all have these symptoms. We don’t know where we put the keys, we forgot our glasses. Or having worries when we don’t pay the bills .”

[These problems become a disorder when] you don’t pay the bills so much you get late fees, or you talk so much you don’t get invited to parties.”

With all that being said, how can canine companions help out with such a problem?

This structure can prove to be very beneficial to people with ADHD, almost like homework teaching them how to stick to specific tasks assigned to specific times – except they don’t even notice because they’re with a dog. If stuck to, this routine fulfilment can make establishing goals even easier over time.

In terms of the excess energy, few animals are better suited to dragging their owners into physical activity than a dog. When kept inside all day with their energy bottled, anxiety and stress can build up in both the person with ADHD and their dog. Going outside gives them a chance to release that energy. This will result in calmer days and nights, not to mention the fact that physical exercise can make people think more clearly and positively (Fox, 1999).

When suffering with a disorder like ADHD, your brain can operate on overdrive and make balancing thoughts a nigh-on impossible task. Imagine that when you clicked on this website, every few seconds you were presented with a new pop-up ad, each one advertising something new and each one requiring a percentage of your brain power to deal with – and don’t forget about the slow down it would cause. Taking care of a dog can provide a positive distraction from these pop-ups, an ad blocker if you will, as a source to harness and laser focus their brain activity into. 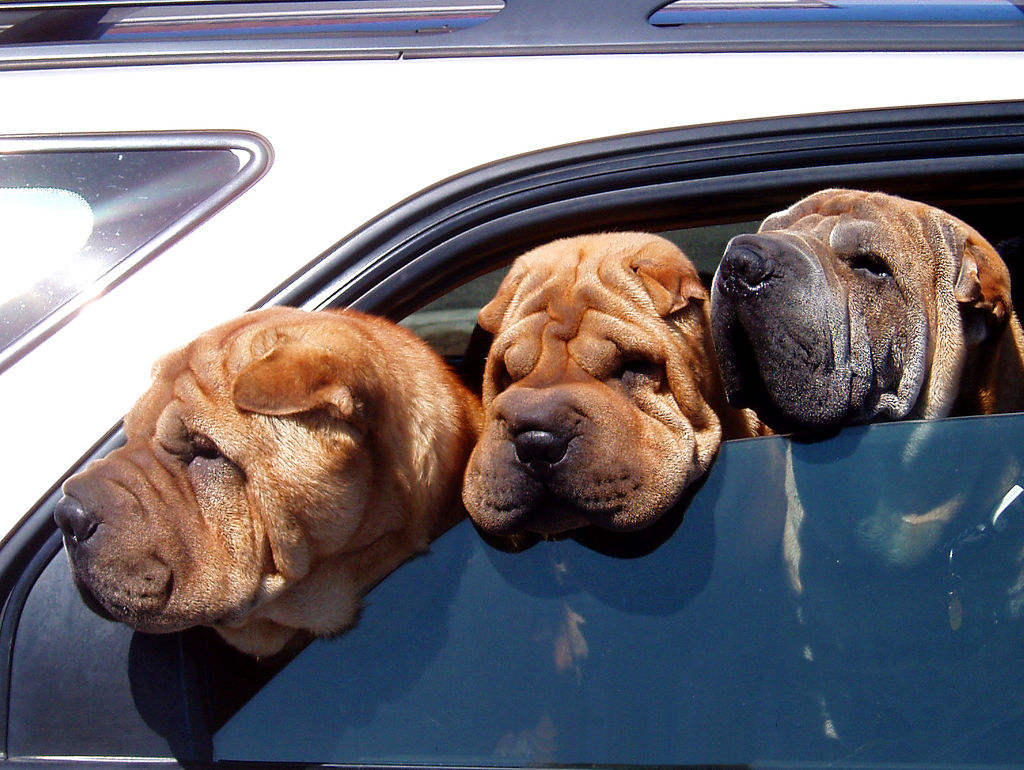 In defining the condition, we turned to Autism.org, who said the following:

“Autism is a lifelong, developmental disability that affects how a person communicates with and relates to other people, and how they experience the world around them.”

While that does accurately portray the broad spectrum of autism, discussing the specific symptoms can be difficult as the shape autism takes can vary person to person. Someone bursting with energy and overwhelmingly verbal may seem like the complete opposite of someone drowsy and introverted, but both can still be dealing with autism. Below you can find what are commonly believed to be the most common or important symptoms of the disorder:

Similar to how walking a dog can help someone with ADHD expend some energy, the experience of going outside with a dog can be very beneficial in terms of social fulfilment – even if it does seem difficult to the person with the disorder. If you’ve ever walked a dog or stopped to speak to someone with a particularly nice dog, then you know first-hand how this can often provide a talking point to meet and speak to new people. Group walks are also effective at helping people come out of their shell when they are with their dog, which itself can provide a sense of calm for the owner in what can sometimes be a stressful situation – as most situations where they have to speak can be.

These difficulties communicating can make social situations with humans very difficult – so how about dogs? The barrier between humans and dogs provide a relief to people with autism, as they don’t feel the same pressure to answer questions or start conversations that they might with another person (University of Missouri-Columbia, 2014). This can provide a social bridge and could even lead to an improved ability to interact with humans over time.

Another major element of the autism condition is that senses can easily overwhelm and confuse people with the disorder, even if the stimulant causing that discomfort seems regular to non-sufferers. Psychologist, author and lecturer Dr. Wendy Lawson had the following to say about it: 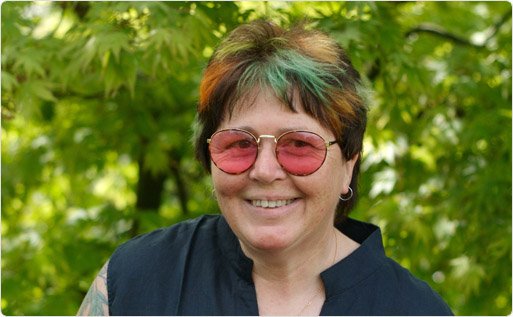 “What I do realise is that I do not see the world as others do. Most people take the routines of life and day to day connections for granted. The fact that they can see, hear, smell, touch and relate to others is ‘normal’. For me, these things are often painfully overwhelming, non-existent or just confusing.“

In a study of hers titled Sensory Issues in Autism (Lawson, 2014) she discusses how these heightened senses can lead to intense stress in certain situations, so much so that this disorder is now officially considered a sensory processing disorder. With their uncanny ability to detect when something is wrong, dogs can recognise when someone is having an attack of the senses and go to their aid to relax them. It has even been suggested that the physical pressure of a dog on or up against a human can be very soothing.

However, it should be noted that for maximum efficiency, the dog may require training to provide some of this support. This should not discourage you though, as the training to be a therapy dog could provide the perfect ‘project’ for someone with autism, and The Spruce Pets wrote an excellent article on the process here.

Below, we have also gathered some of our favourite articles regarding autism that focus on the human impact of the condition as much as the condition itself. We believe this is important, as people without autism can sometimes find it hard to relate to people with it; these offer a window into their world.

The Boy Whose Brain Could Unlock Autism

“Something was wrong with Kai Markram. At five days old, he seemed like an unusually alert baby, picking his head up and looking around long before his sisters had done. By the time he could walk, he was always in motion and required constant attention just to ensure his safety.”

Bravo, Sesame Street – Your Character With Autism Will Erode Ignorance

“…because my [autistic] brother adores the Muppets and Sesame Street, and I would have loved him when he was little to have been able to watch one of his favourite programmes and see aspects of himself reflected back.”

High School Sets Up Autistic Kids To Fail In College. Here’s How To Fix The Problem

“Now, as the rising autism spectrum generation heads into young adulthood, parents and institutions alike have another opportunity to reevaluate the ways they operate, through atypical eyes.” We hope this article has shed some light on the incredible impact that dogs can have on us humans. Better yet, if this in anyway leads to you or someone you know better dealing with their struggles, then every single second, minute and hour spent on this piece was worth it. Here at Kennel Store, we specialise in dog kennels and many other things to keep your dogs happy, so feel free to repay the favour to your furry family member – and we don’t mean your uncle.

What if you don’t have a dog? Well, what are you waiting for! Because, if we’ve learnt anything from this, it’s that…

…everyone feels better with a dog by
their side..
(Shaggy looks a little lonely, try cheering him up!)

Other sources not listed above: